Rules of Poker - The Basics 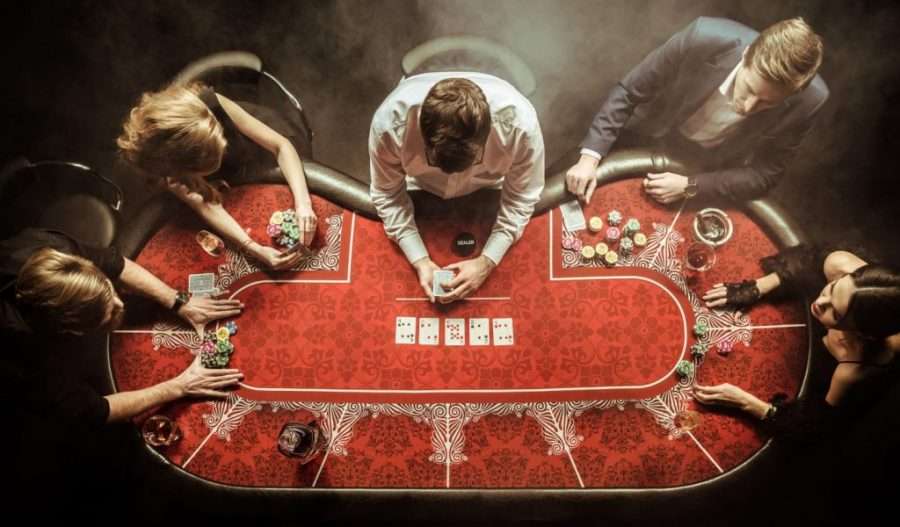 The Nature of the Poker

With Poker it is important to have in your mind some characteristics that apply to all versions of the game. We could call those “Laws of Poker” rather than rules.

The most crucial aspect of Poker, whether it is online poker or not, is the betting nature of this game. While other Table Games have the winning chances defined mostly by statistics or even luck, Poker allows the players a lot more in terms of action.

The Rules of Poker set the game dynamics, but the game is a sport in the sense that the best may win or lose, i.e. a player with a worse hand might induce the player with the best hand to lose the pot through a bluff.

In summary, the Rules of Poker allow the players to duel in a way that not only statistics or luck matter. Skills such as reading the opponents’ betting patterns as well as other things more related to the game ‘in real life’ such as looking for body language signs that ‘tell’ what’s going on in the mind of the adversaries. Poker is a game of bets, lies and psychology.

Regarding specifically Online Poker, even if at times you can’t see the adversaries’ faces and try to read their body language, you can still analyse their betting patterns and base your decisions on that alongside the strength of your hand.

The different types of Poker will mainly vary in terms of what are the best hands or the number of cards played, but the essence of it as a betting game is what they have in common.

Why not play online, you find a great choice of casinos here at sa online casino no deposit bonus.

How is the winner defined?

Even if you never got to learn the rules of poker, you might know from movies or watching people playing that the victory might be awarded without the remaining players at the end of the game showing their cards. That depends on the betting decisions they make during the game. In other words, the game might end when a player makes the last uncalled bet.

It is important to note that poker at a professional level and tournaments tend to use standard decks of 52 cards. Texas itself is a Table Game that does not play well with Wild Cards. Skilled players usually believe that Wildcards make the game too much based on luck rather than skill, making it somewhat amateurish.

The types of hands can be found below, from best to worst.

Straight Flush – A hand that contains five cards that make a sequence based on their ranks, and they are of the same suit, such as 2♥ 3♥ 4♥ 5♥ 6♥. A special kind of Straight Flush is the best hand possible when not using a wild a card, which would be the famous Royal Straight Flush, i.e. an ace-high Flush like A♥ K♥ Q♥ J♥ 10♥.

Four of a Kind – Also known as ‘quads’. Contains four cards of one rank and another card of another rank, like 9♣ 9♠ 9♦ 9♥ J. It is better than a full house and worse than a straight flush (and a Royal Straight Flush, of course).

Three of a Kind- A hand that has three cards of one rank, and two other cards of distinct ranks (that are called kickers) 6♥ 6♦ 6♠ Q♣ 4♠ is an excellent example of such hand.

Table Games such as Texas and Omaha begin with forced bets, called the small blind and big blind. The first round of bets happens when the players have only seen their own two cards, and the community cards haven’t been dealt yet.

The reason behind the forced bets is to get the game started and produce some incentive for the initial bets; otherwise, the feeling of bad hands could keep things kind of stuck for a while.

After the initial cards are dealt, it is time for each player to choose between 5 possible actions, the order of playing is clockwise, and the available actions would be to check, bet, call, fold or raise. Let’s have a look at what they mean:

Check – to check means not to make the initial bet, and this action is only allowed in case there is no bet during this particular round, and all players remain at the hand in case everyone decides to check. If this is the outcome, then the round is considered complete.

Fold – In case the player feels like his or her cards aren’t very good, they can forfeit their cards, and they are not allowed to play anymore during that hand.

Bet – To bet is allowed if no other bets were made during that round. Once a bet has been made, the other players need to match the bet to remain in the current hand.

Call – The action of matching a bet. The player needs to match the highest bet made so far.

Raise – if other bets have been made during any hand, it is possible to raise the bet, that is done when the player believes his or her cards make a firm hand and the chances of winning are high. After one player raises, the subsequent players need to call the raise, or even re-raise it to stay in the hand.

Omaha and Texas that are among the most popular Poker variants are Table Games with identical betting rules.

The hole cards (the players’ cards that belong only to them and aren’t community cards) determine the betting decisions of the pre-flop moment, i.e. the players need to bet based solely on their estimations of success based on those cards. The flop betting happens after the first three community cards are revealed, the turn after the 4th card is dealt, and the river after the 5th and final community card is dealt.

When the last round of bets is done, in case there isn’t an uncalled bet, the showdown happens, the players ‘declare’ their hands and the victory is awarded based on the system of rules used.

The pot division also depends on the set of rules used, but for instance, when playing Texas, the highest-ranked hand wins all the money.

There are different kinds of betting limits, usually the most used ones are no limit, fixed limit and pot limit. The first two ones are as simple as they sound, while pot limit means there is a limit to the next bet based on the current size of the pot.

No cars, no watches – The concept of All-In

Unlike TV shows or movies, real-life tournaments of prestige limit the betting action to the chips in possession of each player as of the begin of each hand.

There is, however, the concept of all-in, which allows a player to bet even if she or she cannot match (call) a final bet. When used, the All-In rule allows a player to gamble without having enough chips to call, but his winnings are limited to what he or she is betting.

The Best Way to Learn Poker

Poker Online South Africa is a game of several rules and variants, but the best way to learn is definitely to play. Try to determine the most popular option, Texas Hold’em and how the hands are ranked, and engage in some games. The dynamics will eventually ‘set in’ and the more you play, the more skilled you will become.